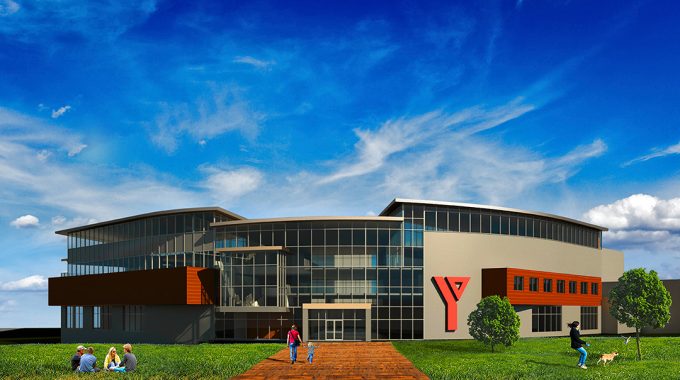 ‘We are building a new kind of Y in downtown Barrie. With our partners, we will create a centre of community where everyone belongs and thrives.’

Barrie, Ontario – May 15, 2018 – Last night, Barrie City Council approved a deal that will see city staff include a new Barrie YMCA in site plans on the Barrie Central Collegiate site. As well, staff have been directed to begin negotiations for a land use agreement with the YMCA of Simcoe/Muskoka for this site.

Based on several years of community consultation, YMCA CEO Rob Armstrong says the organization is committed to building a “new kind of Y.” This new facility will be a “hub” that will house community partners providing a wide variety of programs and services, as well as traditional YMCA programs – creating what Armstrong calls a “centre of community.”

“The Y’s vision for a community hub will support neighbourhood growth and development in Barrie’s rejuvenated downtown core. Both the development plan for the Grove Street site and the vision for the new YMCA will bring positive changes to Barrie,” said Lynn Strachan, YMCA of Simcoe/Muskoka Board Member and former Ward 2 City Counsellor.

“Last night was a great step towards us being able to officially announce plans for a new Barrie Y on the former Barrie Central Collegiate site. We are encouraged by council’s decision,” says Armstrong.

The new Y will be funded through a combination of funds generated through the redevelopment and sale of the YMCA’s Grove Street property and a Capital Campaign, to launch later this year. The development will be phased and the existing facility on Grove Street will remain open until the new Barrie YMCA is built.

“This is the Y we need today for a vibrant and healthy tomorrow,” said Andrew Lorriman, YMCA of Simcoe/Muskoka Board Chair.

About the YMCA of Simcoe/Muskoka

The YMCA of Simcoe/Muskoka is an Imagine Canada accredited charity serving Simcoe, Muskoka and Parry Sound. We are committed to nurturing the potential of children, youth and families, promoting healthy living and fostering social responsibility within the community. In keeping with our commitment to inclusiveness and accessibility, the YMCA of Simcoe/Muskoka offers financial assistance to those unable to afford program fees, providing over $1,000,000 in financial assistance to 15,000 children, youth, adults and seniors to access to YMCA programs annually. For more information, please visit www.ymcaofsimcoemuskoka.ca.

Thank You For Supporting Move to Give!

The YMCA of Simcoe/Muskoka is pleased to announce that, despite a shift to a…

YMCA Canada Statement on National Day for Truth and Reconciliation

While July 1st is a time of celebration and rest for many, the YMCA of…